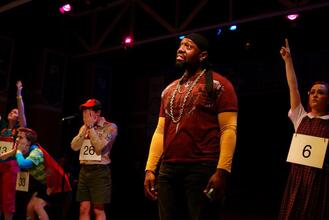 Playing the role of Mitch Mahoney in "The 25th Annual Putnam County Spelling Bee" at the Wayside Theatre in Virginia.
So, yeah, I'm also a professional stage actor:)

​In 2006 I was offered 9-month national tour that began in Fort Myers, Florida, at the Broadway Palm Dinner Theatre.

When you're a stage actor, typically Mondays are days off (aka "dark Mondays" or "dark days"). On these days, actors usually do the laundry, grocery shopping, relax after a long week's work and included with that, getting a massage.

Since this was the era before Google or Facebook, the way most folks would find a business or service was through, you guessed it, the Yellow Pages. Remember those?? 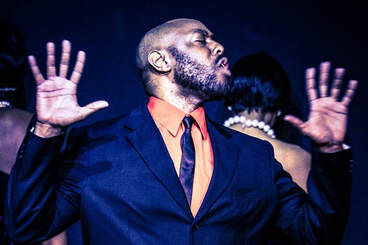 Playing the role of Curtis Taylor Jr. in "Dreamgirls" with Imagine Productions in Columbus, Ohio.
Massage can be a very personal and intimate space, and I was very uncomfortable just choosing a random business in the phone book. I didn't just want to relax; I had aches and pains that came with performing 8x/ week. I needed a real therapist, not to just be rubbed on. Remember also, I'm an out-of-town actor, with very little time. Also, I wanted a male therapist, which were very difficult to find in the past. 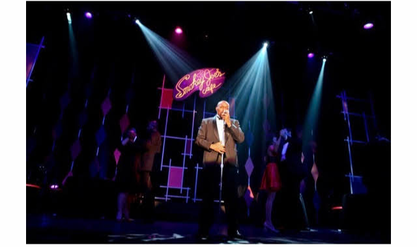 Playing the role of "Ken" during Smokey Joe's Cafe at the Midtown Arts Center in Fort Collins CO
The idea was born! Why can't I become a massage therapist, and cater to the performing arts community? I can still perform in different areas of the country, and I can be the go-to massage therapist for my fellow actors, back stage hands, administrative staff, and even the patrons that come to my shows in that community!
​
10 years later, Q's Mobile Massage was born in Columbus Ohio in January 2016.

Then I rebranded as Q's Massage Studio when I relocated to Sacramento California in October 2018.

He also has additional certifications in both Neuromuscular Therapy (NMT) and Thai Yoga Massage. 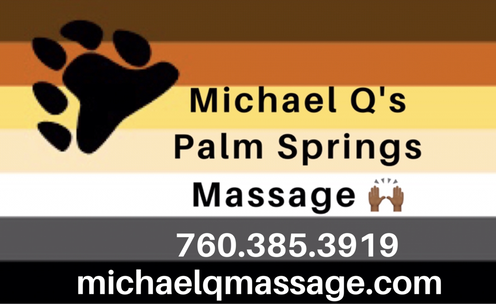